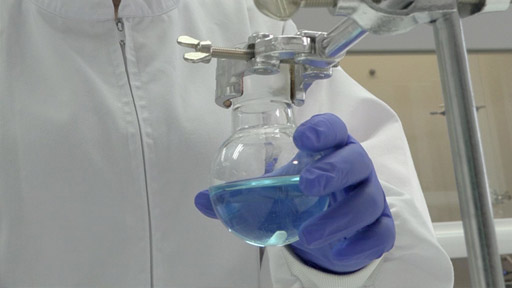 UK scientists have discovered that liquid biopsy tests are 99% accurate at picking up crucial genetic mutations in patients with returning breast cancer. Researchers studying the potential for liquid biopsies have concluded that circulating tumour DNA (ctDNA) testing can provide an accurate genomic profile of advanced cancer, without the need for an invasive and potentially damaging tumour biopsy.

During the study, a team from The Institute of Cancer Research, London, and The Royal Marsden NHS Foundation Trust, analysed the blood samples from more than 1,000 women who had returning breast cancer. Using a technique called a liquid biopsy, where a blood sample is examined for the presence of circulating tumour DNA (ctDNA), the team could reliably detect and identify mutations in DNA.

The scientists were specifically using liquid biopsy tests to detect targetable defects in genes known to play a role in breast cancer called HER2, AKT1 and ESR1. The tests proved to be highly accurate, with 99% of patients receiving a result. This compares favourably with previous tumour-sequencing studies, where just 70-90% of patients received results.

If scientists detected a mutation, the patient received appropriate and targeted treatment. In total, 142 women were treated with experimental drugs. The team found that a quarter (five out of 20) women with HER2 mutations and four out of 18 patients with AKT1 mutations responded to treatment. Those with an ESR1 mutation didn’t react to treatment.

Announcing the findings, study leader Professor Nick Turner, Professor of Molecular Oncology at The Institute of Cancer Research, London, and head of the Ralph Lauren Centre for Breast Cancer Research at The Royal Marsden was highly optimistic. “Our findings show that simple blood tests can quickly and accurately tell us the genetic changes present in a patient’s cancer, and use that information to select the most suitable available treatment.”

The adoption of liquid biopsy testing could prove life-changing to patients with advanced cancer, scientists believe. The usual way to identify changes in genes, known as mutations, is to analyse a sample of the tumour removed during surgery. Identifying these gene changes is critical in determining the best treatments, but the surgery can be complicated – and in some cases, impossible – to perform on patients with advanced cancer who have relapsed. In these cases, doctors must decide on treatments using genetic information from the original cancer tissue samples.

The research team believes that the high levels of accuracy displayed in the trial could see it replace traditional surgical approaches. “The degree of sensitivity observed in this study suggests that, within the patient population of advanced disease patients recruited, ctDNA testing could replace tissue-based mutation analysis,” they conclude. “Using a liquid biopsy could be particularly important for patients with advanced breast cancer, to help select the most appropriate treatment,” Professor Turner added.

At RGCC, we offer a range of liquid biopsy tests that give every patient the chance to access this potentially life-changing information. You can learn more about our range of innovative and advanced genetic tests for cancer, including our Oncotrail RGCC, Oncotrace RGCC and Oncocount RGCC liquid biopsy tests on our website.

To learn more about our range of tests, visit our RGCC tests page.