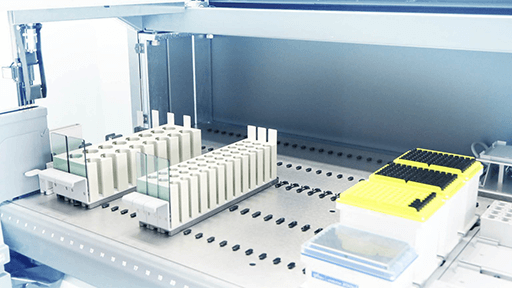 A study suggests the genetic changes that cause cancers can happen years or even decades before the disease is diagnosed.

A large analysis by an international team of researchers revealed that many DNA mutations – the changes in our genome that can trigger a tumour to develop – can occur long before someone is diagnosed with cancer.

This finding is significant because it suggests there is a much longer window in which cancer could be diagnosed, if we can spot the early genetic signs of a tumour – for example, by using an accurate and reliable genetic test.

In a collaboration led by a UK team based at The Francis Crick Institute in London, researchers took biopsies, or samples of cells, from nearly 2,800 tumours that cause 38 different types of cancer.

They then sequenced the tumours to find out all of the genetic information they contained. By studying these sequences, the team could “reconstruct the life history and evolution” of the genetic changes that create driver mutations, the mutations that lead to these 38 types of cancer.

They were able to find out the “typical timescale” over which these tumours develop, and the order in which driver mutations occur. Some “initial driver [mutations] seemingly occur up to decades before diagnosis”, they say.

In fact, they found that just over 20% of mutations occur early in a patient’s lifetime. Of these early mutations, half were within the same nine genes. There are also several cancers – including ovarian cancer and two types of brain tumours, glioblastoma and medulloblastoma – in which the driver mutations tend to happen particularly early, the study found.

It also revealed the specific changes that are likely to happen early in more than 30 cancers. One of the most common early changes in many cancers, including ovarian cancer, affects a gene called TP53. In glioblastoma, an extra copy of chromosome 7 is often gained early, while in pancreatic neuroendocrine cancers a number of chromosomes are lost early.

Knowing when some of the genetic changes that cause cancers take place “raises hopes that [they] could be detected early, before reaching their full malignant potential”, the researchers write in the journal Nature.

“Unlocking these patterns means it should now be possible to develop new diagnostic tests that pick up signs of cancer much earlier,” says Peter Van Loo, co-lead author of the study and leader of the Cancer Genomics Laboratory group at The Francis Crick Institute.

In future it could be possible to “try and identify these early mutations”, Van Loo told The Guardian. This could mean detecting the driver mutations identified in this study using liquid biopsy testing – non-invasive blood tests that can detect fragments of circulating tumour cells and circulating free DNA in the blood -– or developing new diagnostic tests for earlier diagnosis. “There is a window of opportunity,” Van Loo says.