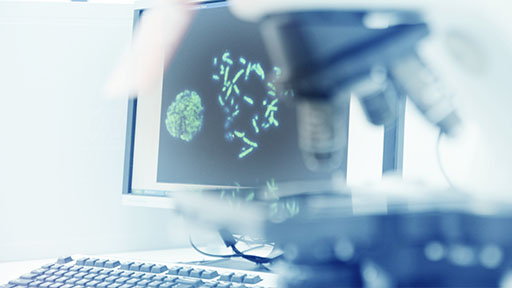 Researchers have developed an effective vaccine that re-engineers cells from a patient’s tumour to target and destroy cancer cells. The results, published in the peer-reviewed Journal of Clinical Oncology, show that 45% of patients treated with an autologous cell vaccine, created from their own cancer cells, had a confirmed anti-tumour response. The findings provide more evidence for the effectiveness of advanced immunotherapy at treating cancer and the life-changing potential of advanced personalised cancer treatments.

During the study, 31 patients with advanced solid-state tumours (including breast, lung, and prostate cancer) received treatment with an autologous cell vaccine. In total, each patient received six doses of the vaccine.

The results were highly encouraging, with the authors noting that there was a “confirmed anti-tumor response in the majority of patients treated.” In total, 45% of patients had a positive anti-tumour response, with the tumour either reducing in size or staying stable. Researchers noted that the groundbreaking vaccines created a “cytotoxic T-lymphocytic immune response against tumour cells antigens.”

Results also showed that the vaccine worked as a checkpoint inhibitor in 38.7% of patients. This means that cancer cells are unable to evade the immune system. Patients involved in the trial were monitored for over a year, before, during and after their treatment and experienced “none to very low side effects”. The authors note that most enjoyed “a good quality of life during the treatment.”

The findings are highly encouraging and highlight the potential of highly personalised treatments, says co-author, and RGCC Network doctor, Professor Joachim Drevs. “In the last decade, cancer immunotherapy has emerged as the most promising anti-tumor approach. A big advantage of autologous vaccines along with the excellent efficacy is that they are easily prepared by using only a blood sample from the patient.”

Autologous vaccines are created from a patient’s cancer cells, which are isolated from a blood sample. The cancer cells are cultured (effectively grown) in the laboratory, where they are combined with an immunostimulant designed to stimulate the body’s immune system into action.

The disrupted cancer cells, now called tumour cell antigens, are readministered into the patient through a vaccine. They provide the immune system with the blueprint to eliminate any remaining cancer cells in the body. The vaccine enables the body’s immune system to target and destroy cancer cells while leaving healthy tissue untouched.

The vaccine development process takes just 14-days from a patient providing the blood sample to a treatment being ready to be administered. If stored correctly, the vaccines can remain stable for years, but the sooner treatment is used, the better the outcome, says Drevs. “Treatment should be started quickly after it (the vaccine) is prepared since cancer cells can mutate and change their characteristics which causes a loss in its efficacy. “

The authors have called for a more extensive, controlled clinical phase study to explore the potential for autologous cell vaccine.

You can read the paper, Pilot study on outcome and anti-tumor efficacy of an autologous cancer cell vaccine applied in patients with advanced solid tumors, here.