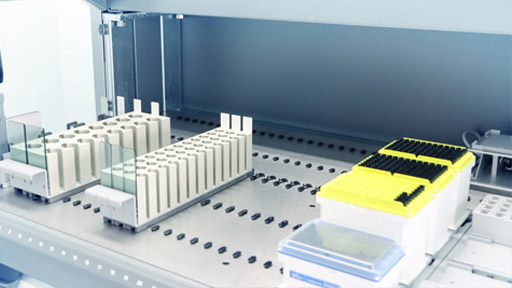 During the initial trial, an estimated 165,000 patients, split into two groups, will receive a liquid biopsy test. Approximately 140,000 patients aged over 50 without any symptoms or suspicion of cancer will undertake the test. The second group will include 25,000 patients aged over 40 with suspicious signs or symptoms of cancer. Data from the pilot project will help scientists understand whether liquid biopsy testing is cost-effective and clinically accurate at diagnosing cancer.

The trial is a commercial partnership between the NHS and US healthcare company GRAIL, Inc. Trials in the USA have established that liquid biopsies can detect up to 50 different forms of cancer, with a false positive rate of less than 1%. NHS bosses believe that, if successful, liquid biopsy testing could transform the way cancer is diagnosed and treated in the UK.

“Every year, nearly 200,000 people in the UK die from cancer. Many of these people are diagnosed too late for treatment to be effective,” said Lord David Prior, Chair of NHS England.

“This collaboration between the NHS and GRAIL offers the chance for a wide range of cancers to be diagnosed much earlier and could fundamentally change the outlook for people with cancer.” If the trial is successful, the NHS could expand it to over 1 million patients by 2025, the NHS has confirmed.

Cancer is caused by specific changes to genes in our cells that disrupt how they grow and divide. These genetic changes or mutations are present in the cells within the bloodstream. Liquid biopsy tests are simple blood tests that screen a sample for traces of cancer, including circulating tumour cells and circulating free DNA (cfDNA). The presence of biomarkers, and their concentration, in a sample, can provide scientists with enough information to diagnose cancer, identify its location and its severity, or stage.

Cancer is predicted to become the leading cause of death in the UK, with over 1,000 people every day receiving a diagnosis of the disease. The earlier cancer is detected, the more effective treatment is and the better the health outcomes.

While the NHS currently offers screening programmes for individuals and populations deemed to be at high risk of developing certain forms of cancers, it is hoped that widespread liquid biopsy testing could transform cancer treatment and diagnosis – as well as saving significant amounts of money.

The NHS has been at the forefront of liquid biopsy testing, with a research team from The Institute of Cancer Research, London and The Royal Marsden NHS Foundation Trust, successful in identifying patients with stomach or oesophageal cancer who are likely to benefit from targeted treatments.

Professor David Cunningham, Director of Clinical Research at The Royal Marsden, and co-author of the study, is excited by the potential for liquid biopsy testing. “The potential to replace tissue biopsies with a liquid biopsy in some cancers and for some patients could transform our approach to cancer treatment. These results underline the importance of using translational biology to interrogate the results of clinical trials which can be used to determine why treatments fail or succeed.”

The current developments build on research conducted by leading scientists, including RGCC’s Dr Papasotiriou. A leading specialist, Dr Papasotiriou has co-authored numerous scientific papers on their effective use in diagnosis and treating cancer.

While the pilot project will give a limited number of patients access to a liquid biopsy test, the majority of patients across the world won’t be as lucky. RGCC offers all patients the opportunity to access a range of innovative and advanced genetic tests for cancer. Our liquid biopsy tests include Oncotrail RGCC, Oncotrace RGCC and Oncocount RGCC.

To learn more about our range of tests, visit our RGCC tests page.