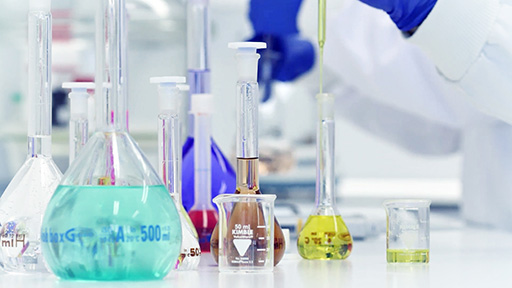 Researchers have used genetic testing to detect the very early changes that occur in the tumours of men with prostate cancer.

Researchers at the University College London (UCL) Cancer Institute say the new type of blood test will help them understand the genetic characteristics of the tumours that cause prostate cancer, which is the second most common cancer in men and the fourth most common cancer globally. Doctors could then use the information to help manage a cancer patient’s treatment, the researchers say.

Tumour DNA circulates freely in the blood of cancer patients, in plasma – a clear, straw-coloured liquid that forms the largest component of blood and carries platelets, red and white blood cells.

In the study, the researchers used a platform called next generation sequencing to look for circulating free tumour DNA in the blood plasma of 25 men who were being treated for metastatic castration-resistant prostate cancer – the most dangerous, late stage of the disease. They compared this DNA with that of four healthy men, used as controls.

Traditionally, the amount and quality of circulating free DNA that can be extracted from the blood can be limited. But the researchers were able to find a pattern, known as methylation, that was present at 1,000 different locations in the genetic code of the tumours. Using this finding, they used this pattern to build a genetic signature, which doctors can look for as a sign that the cancer is active and spreading. This signature can be detected using another platform, called a liquid biopsy.

Professor Mark Emberton, dean of the faculty of medical sciences at UCL, says: “The field of liquid biopsies has shown great potential recently to improve the diagnosis and management of cancer patients.

“This test could be the first to tell us cancer has got into blood before the spread is large enough to see on imaging [scans]. This could allow targeting of treatment for men at the highest risk of prostate cancer spread.”

Although this is a proof-of-concept study in a small group of men, if it can be replicated in larger studies the test could have several benefits over traditional methods to diagnose prostate cancer. At present, diagnosis is often done using a blood test for prostate specific antigen (PSA), but this test can miss cancers and many men the test identifies don’t have prostate cancer.

Another method to check for prostate cancer cells is to use a prostate biopsy, which involves using thin needles to take small samples of tissue from the prostate. It’s an invasive procedure that can cause side effects such as pain, sexual problems and difficulty urinating, and has a risk of infections.

Also, a biopsy can only show whether there is cancer in the samples taken, so cancers can be missed. It may also pick up a slow growing or non-aggressive cancer that might not cause any symptoms or problems, but can cause patients anxiety.

Lead author Dr Anjui Wu of the UCL Cancer Institute says: “We urgently need biomarkers that will help us determine how far along each patient’s cancer is, to determine the best course of treatment.

“With tumour biopsies difficult to obtain, being able to identify prostate cancer DNA signatures at the earliest opportunity in blood, will help monitor patients better and assist more effective treatment selection and combination.”

The team is now testing the new technique in another prostate cancer trial, to see if it can complement or replace the PSA test.