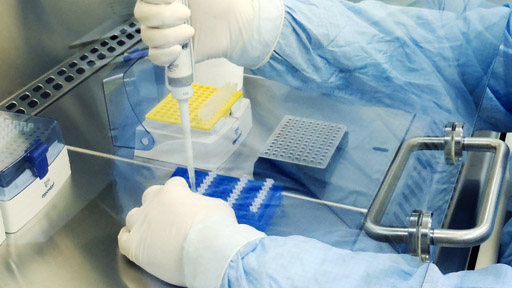 A new cancer vaccine is 75% effective at eliminating cancerous tumours in mice, say scientists at the University of Konstanz. The combination treatment includes a powerful immunostimulant and a targeted immunotherapy called a cancer checkpoint inhibitor in one dose. Described by the team as a “potent cancer vaccine”, the combination therapy is already being tested in human trials.

Cancer checkpoint inhibitors are a specific type of immunotherapy that work by accelerating the body’s immune system to attack tumour cells. The treatment has proven effective at tackling cancer, including squamous cell skin cancer, lung cancer, kidney cancer, and liver cancer, but it doesn’t work on all forms of the disease.

Scientists believe this is because checkpoint inhibitors only work if the body recognises the cancerous cells from the tumour as a threat and initiates a response. If there is no response, there are no immune cells for the inhibitors to accelerate.

During the study, Professor Marcus Groettrup, Chair of Immunology at the University of Konstanz, and colleagues developed a microparticle-based vaccine that combined both Riboxxim and a checkpoint inhibitor. The combination vaccine was effective, eliminating pre-existing cancerous tumours in the subjects. Tests established it worked on 75% of tumours.

In contrast, just using Riboxxim, the tumours gradually returned after 30 days, suggesting that combining the two approaches is the most effective approach.

The results are exciting, explains Groettrup. “We can show that our clinically applicable vaccine combined with immune checkpoint blockade leads to an increase in the proportion of mice that can be cured of existing tumours to 75 percent.”

The trial was performed in mice but the immunostimulant Riboxxim is approved for use in humans. “A major shortcoming in cancer vaccines is the availability of immunostimulants that can be used in humans,” said Groettrup. The concept developed by the team is already being tested in a small-scale phase 1 trial in the Netherlands, and if successful, could provide new opportunities for personalised cancer treatments.

The scientists tested the combination therapy across several cancer proteins, including prostate cancer, breast cancer, and melanoma where it proved to be effective. It’s an encouraging sign that suggests the approach could successfully be applied to a variety of cancer types.

Our Oncotrail test provides essential information on the effectiveness of current cancer therapies and can be used by clinicians to adapt and improve treatment programmes.