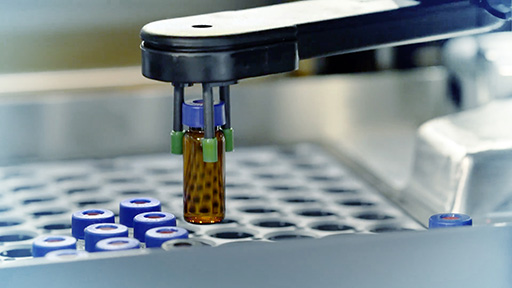 Breast cancer is the second most common cancer worldwide and there were over 2 million new cases in 2018, according to the World Cancer Research Fund. So there is great research interest in understanding more about what determines how likely people with breast cancer are to survive, and to respond to treatment.

Researchers at Cleveland Clinic Florida wanted to find out whether biological markers present in the blood – called circulating tumour cells (CTCs) – could predict outcomes of breast cancer. CTCs are cells that have detached from a tumour and passed into the blood, the lymph system, or another part of the body away from the breast, and be detected via a relatively simple blood test.

The researchers looked back at the health records of 4,846 cases of breast cancer detailed in the US National Cancer Database between 2004 and 2016. In particular they looked at whether there was a link between the presence of CTCs in the blood and how likely people were to respond to chemotherapy. They were also interested in whether CTCs predicted survival from a type of the disease called hormone receptor (HR)-positive breast cancer during the study period.

About one of every five of the 4,846 cases tested positive for CTCs. The presence of CTCs was significantly associated with lower overall survival in stage 3 and 4 breast cancer.

Testing positive for CTCs was also a predictor of a survival benefit from adding chemotherapy to hormone treatment in HR positive breast cancer.

For comparison, the researchers also studied the predictive ability of another biomarker, called disseminated tumour cells (DTCs). However they found testing positive for DTCs did not predict overall survival or chemotherapy benefit in early or late stages of the disease.

The findings prompt the question of whether testing for CTCs could help doctors make clinical decisions, according to lead researcher Dr Naseem Bilani, oncology research fellow at Cleveland Clinic Florida.

The abstract, which was presented at the 2020 American Society of Clinical Oncology (ASCO) virtual meeting, concluded: “This study suggests that CTC-status is a stronger prognostic factor at later stages of breast cancer. It can also help guide management of early-stage disease as it appears predictive for chemotherapy benefit.”